Set in the Indian Ocean in South Asia, the tropical island nation of Sri Lanka has a history dating back to the birth of time. It is a place where the original soul of Buddhism still flourishes and where nature’s beauty remains lavish and unspoiled. This is an island of magical proportions, once known as Serendib, Taprobane, the Pearl of the Indian Ocean, and Ceylon.

From 1500s to the 1800s Europeans in search of spices and new lands systematically came, saw and conquered giving Sri Lanka a Portuguese, Dutch and finally a British flavour until independence in 1948. The results of a continuous stream of migration, invasion and colonialism was a nation with a vivid and multicultural heritage rooted in centuries of foreign as well as local influences. In fact George Bernard Shaw famously said that he was convinced that “Ceylon [was] the cradle of the human race because everyone there looks an original”.

Few places in the world can offer the traveler such a remarkable combination of stunning landscapes, pristine beaches, captivating cultural heritage and unique experiences within such a compact location. Within a mere area of 65,610 kilometers lie 8 UNESCO World Heritage Sites, 1,330 kilometers of coastline - much of it pristine beach - 15 national parks showcasing an abundance of wildlife, nearly 500,000 acres of lush tea estates, 250 acres of botanical gardens, 350 waterfalls, 25,000 water bodies, to a culture that extends back to over 2,500 years. Come and discover the unbridled hospitality of this fascinating land with Unique Paradise Travels which is a reflection of Sri Lanka and all it stands for. Discover Unique Sri Lanka! 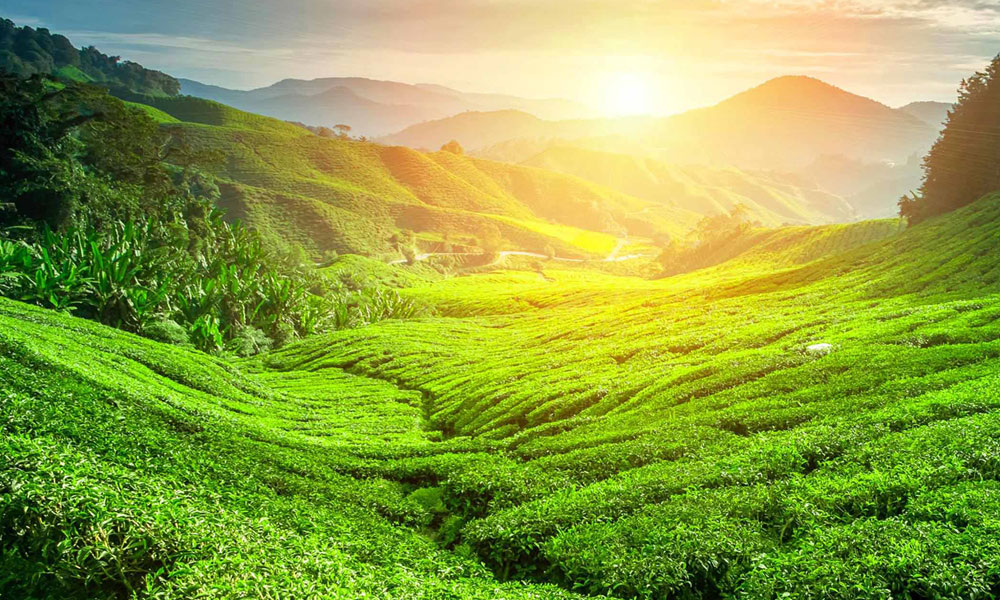 Sri Lanka, officially the Democratic Socialist Republic of Sri Lanka, situated in the northern Indian Ocean off the southern coast of the Indian subcontinent in South Asia. This island paradise has often been considered the pearl of the Indian Ocean. Though the country has no other immediate neighbours except for India & Maldives, Sri Lanka maintains close ties with Bangladesh, Pakistan, and other Asian countries in the region. 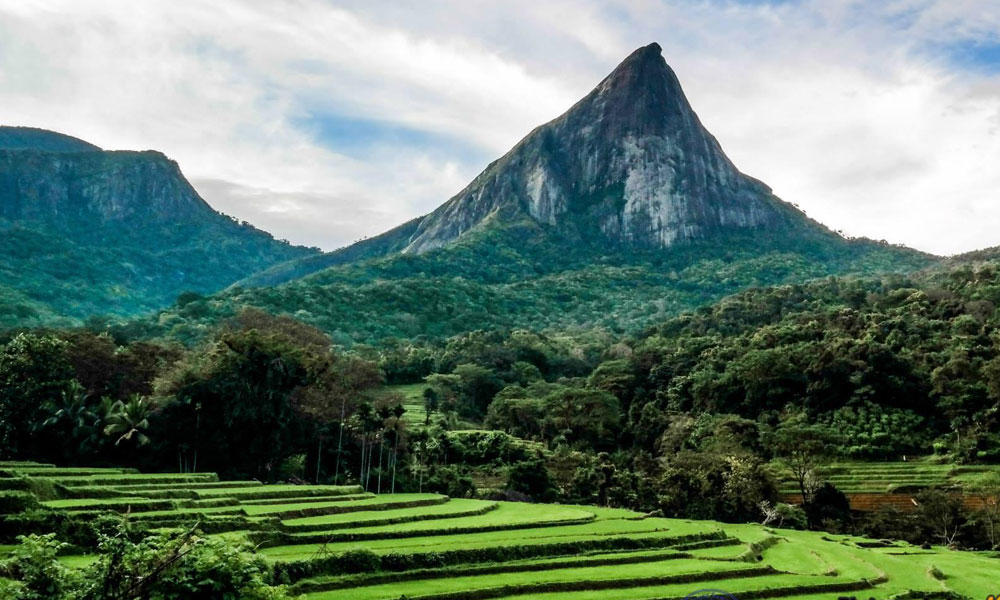 Sri Lanka is tropical, with distinct dry and wet seasons. The seasons are slightly complicated by having two monsoons. The North and East are comparatively dry, with around 1000mm of rain annually. Sri Lanka is an island where once can enjoy the average temperature of 30 degree Celsius throughout the year. 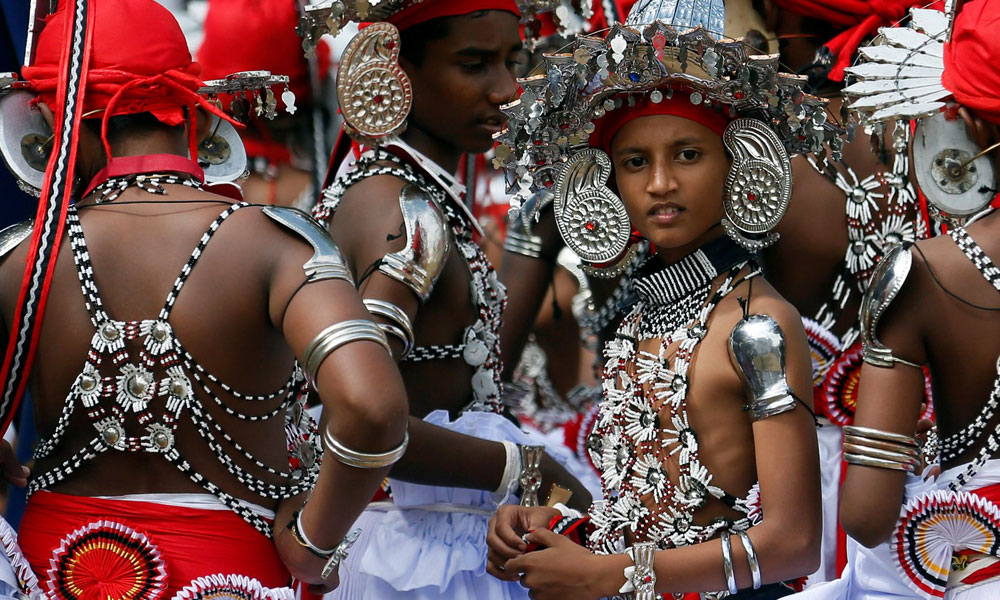 The Sinhala language is spoken by the Sinhalese people, who constitute approximately 74% of the national population and total about 13 million. The Tamil language is spoken by Sri Lankan Tamils, as well as by Tamil migrants from the neighboring Indian state of Tamil Nadu. Tamil speakers number more than 3 million. English is fluently spoken by approximately 25% of the population, and widely used for official and commercial purposes.

The religions in Sri Lanka are diversified. There is Buddhism, Hinduism, Muslims and Christians as well as other smaller religions. As of the 2012 census 70.2% of Sri Lankans are Theravada Buddhists, 12.6 % are Hindus, 9.7 % are Muslims and 7.4% Christians. Sri Lanka was ranked the 3rd most religious country in the world and Sri Lankans saying religion is an important part of their daily life. 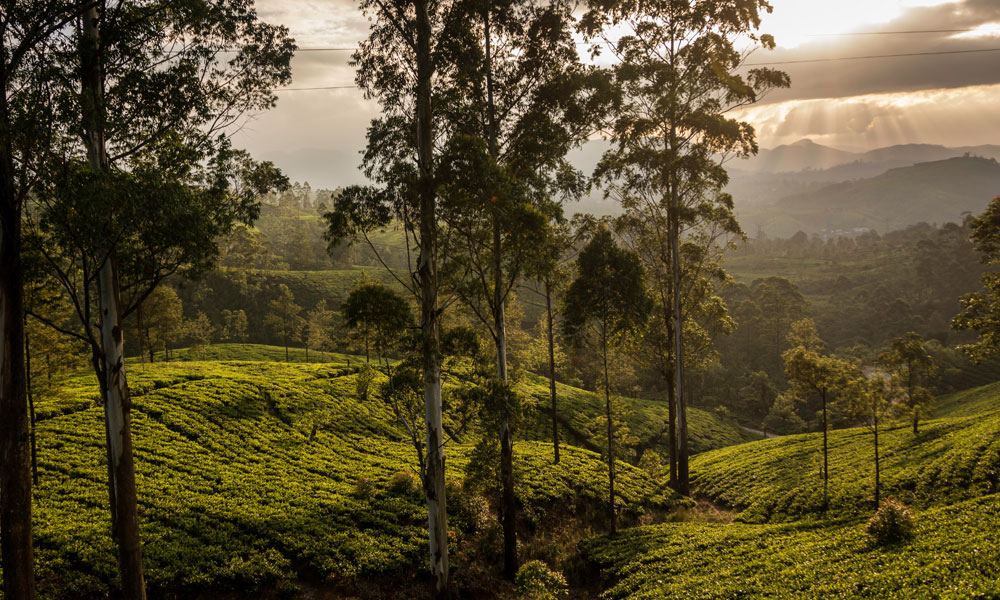 The government controls a country that follows a form of mixed economy, whereby capitalist and socialist vantages have been utilised to benefit the overall affect of the land. Being an agricultural country, Sri Lanka grows numerous crops but rice is considered its key product. Tea, coconut and rubber are the nation’s secondary exports with the tea industry being one of the island’s main export and foreign exchange earners. Other crops include spices such as cinnamon, nutmeg, cardamom, pepper and cloves as well as the likes of cocoa.

The Democratic Socialist Republic of Sri Lanka is a free, independent and sovereign nation. A system of administration through provincial councils was introduced in 1988. Legislative power is exercised by Parliament, elected by universal franchise on a proportional representation basis. Executive power of the people, including defence, is exercised by the President, who is also elected by the people. 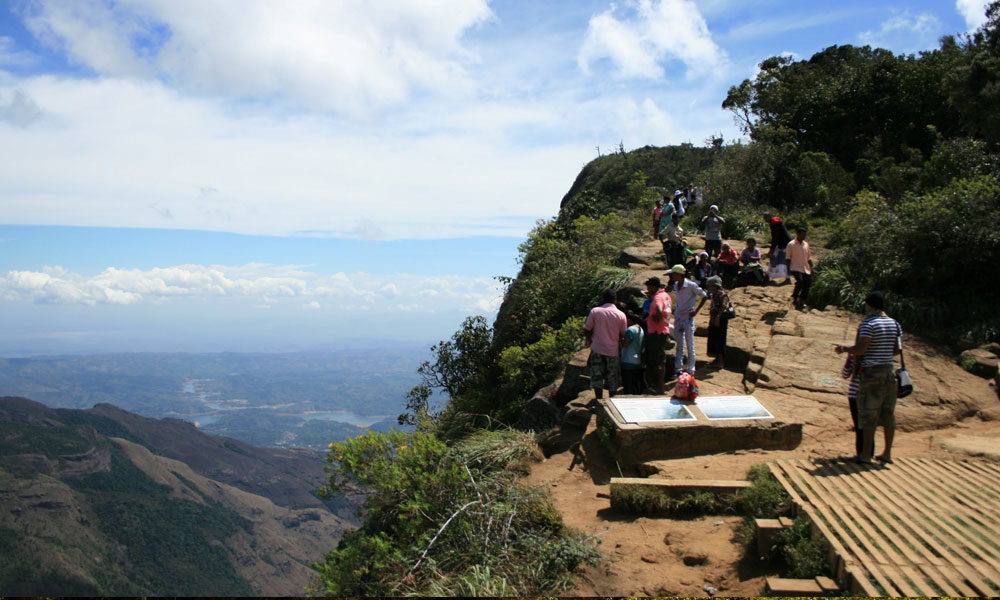 Sri Lanka has a population of 18.5 million of whom the majority are Sinhalese (74%). Other ethnic groups are made up of Sri Lankan Tamils (12.6%), Indian Tamils (5.5%), Moors, Malays, Burghers (of Portuguese & Dutch descent) and others (7.9%).Although Sri Lanka is a multi-religious country, Buddhists constitute the majority with 69.3%. Other religious groups are Hindus 15.5%, Muslims 7.6% and Christians 7.5%. Sri Lanka’s literacy rate of 88.6% is one of the highest in Asia. 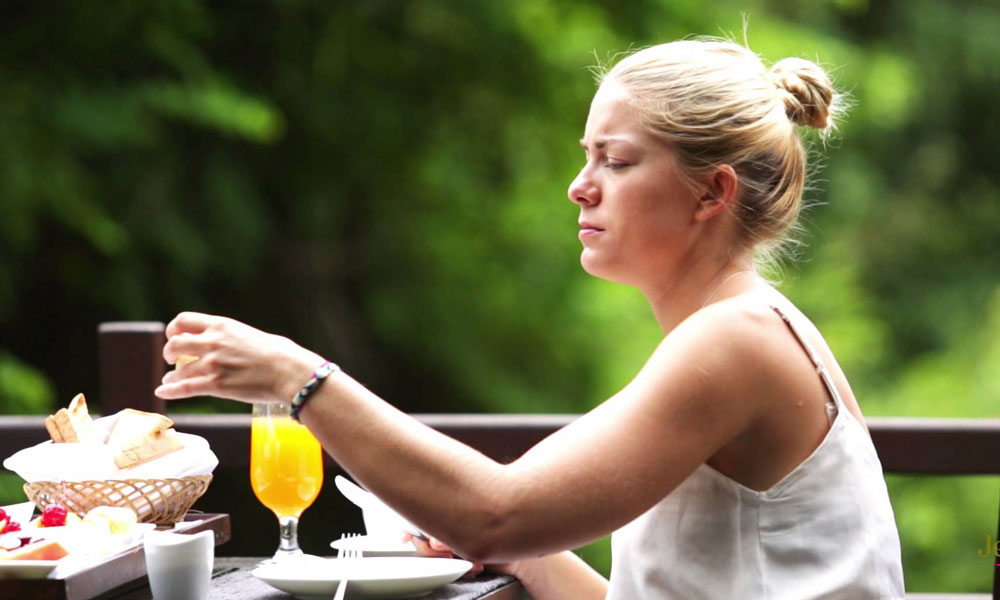 Visitors to Sri Lanka bringing in more than US$10,000 should declare the amount to the Customs on arrival. All unspent rupees converted from foreign currencies can be re-converted to the original currency on departure as long as encashment receipts can be produced. 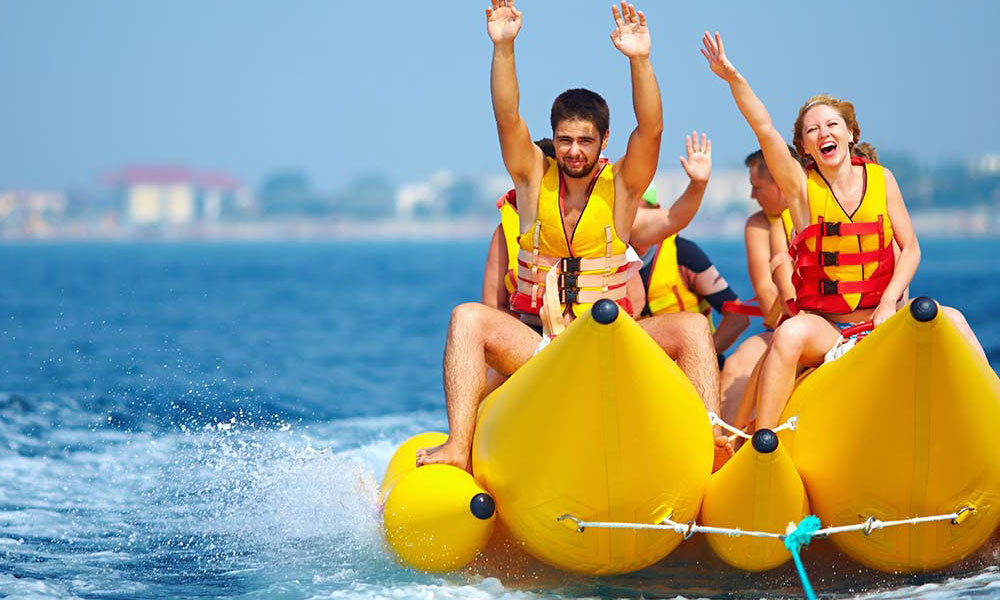 You are allowed to bring into the country duty free 1.5 liters of spirits, two bottles of wine, a quarter-liter of toilet water, and a small quantity of perfume and souvenirs with a value not exceeding US $250. The import of personal equipment such as cameras and laptop computers is allowed but must be declared on arrival. However, personal equipment must be taken out of the country upon the visitor’s departure. The import of non-prescription drugs and pornography of any form is an offence. 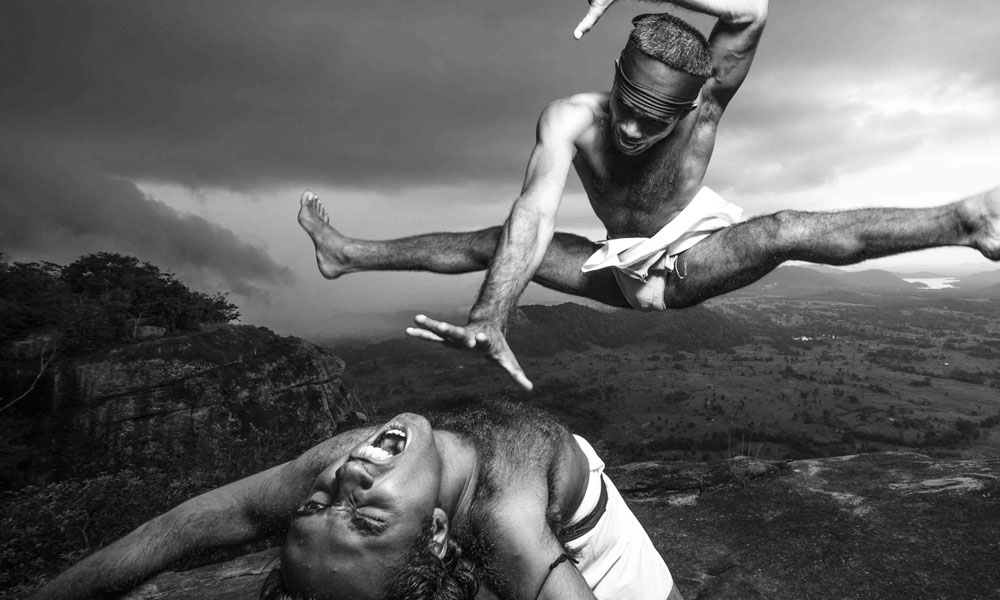 Sri Lanka’s culture is diverse and has been influenced by many factors such as religion and colonialization by the Dutch, the Portuguese and the British. Festivals are a part of Sri Lankan culture and are either religious or national. Most festivals are observed in grand scale. Some of the festivals as named as Perahara, Vel, world spices festival, Deepavali, Sinhala Tamil New Year, Wesak, Poson Full Moon poya day, Independence Day. 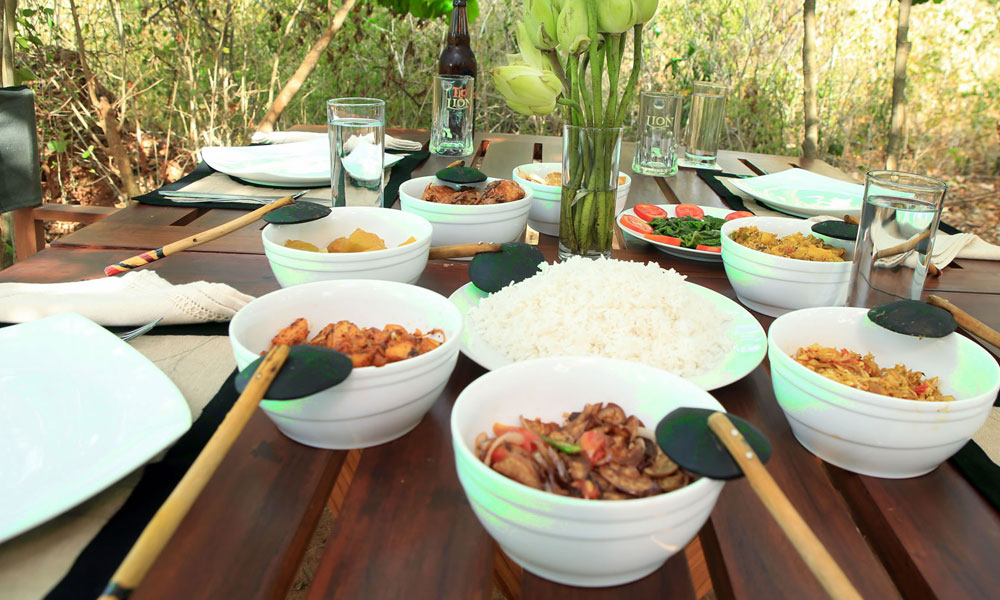 Foods in Sri Lanka can be hot or very mild or can be combination being very much a question of individual preference. Sri Lankan food is unique for their Culture. They make milk rice and special sweets with coconut milk, floor and Honey at cultural festivals. Most of the Sri Lankans eat vegetables. With a large community of farmers the Rice and curry is the main food in Sri Lanka. Sri Lanka curries are known for their fiery hot spicy flavors and coconut milk is very distinct feature of Sri Lankan cuisine that different regions of country specialize in different types of dishes. Sri Lankans also like several juicy sweetmeats like Kavum, kokis, Halape, Thalaguli and Wattalapam etc. Sri Lankans also like to have drinks like tea and coffee. 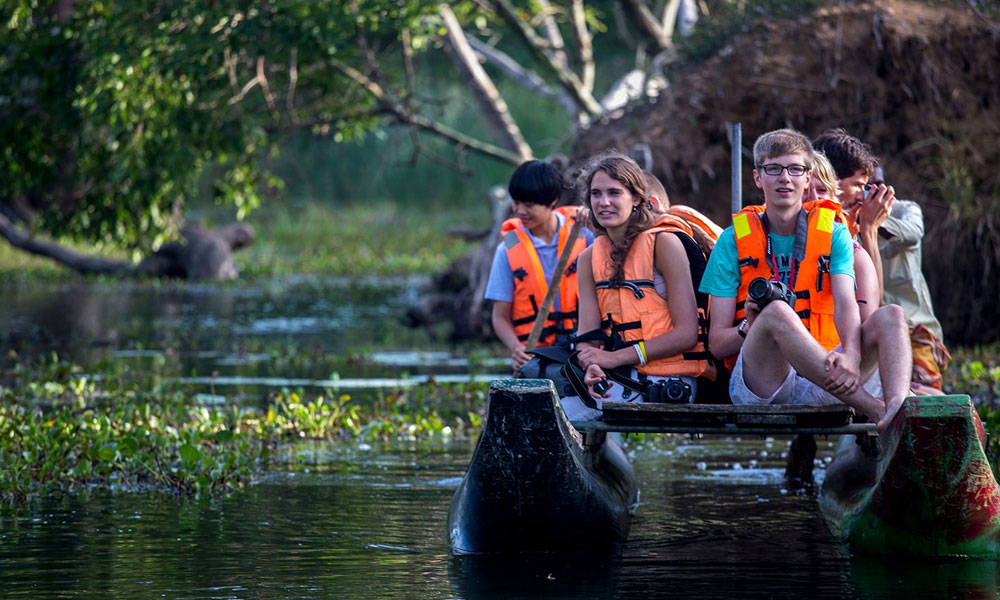 With effect from 1st January 2012, all Holiday or Business travelers to Sri Lanka must have Electronic Travel Authorization (ETA) for entering in to Sri Lanka.

Please visit www.eta.gov.lk for more information. When applying ETA by third parties payments are to be made through the arrangement made in our website www.eta.gov.lk and obtain acknowledgement of ETA application. Any payments made to other websites or agencies are not valid to process a valid ETA. Therefore, always ensure that the payments made by accessing to Sri Lanka ETA website and avoid making repayment at the port of entry to Sri Lanka. 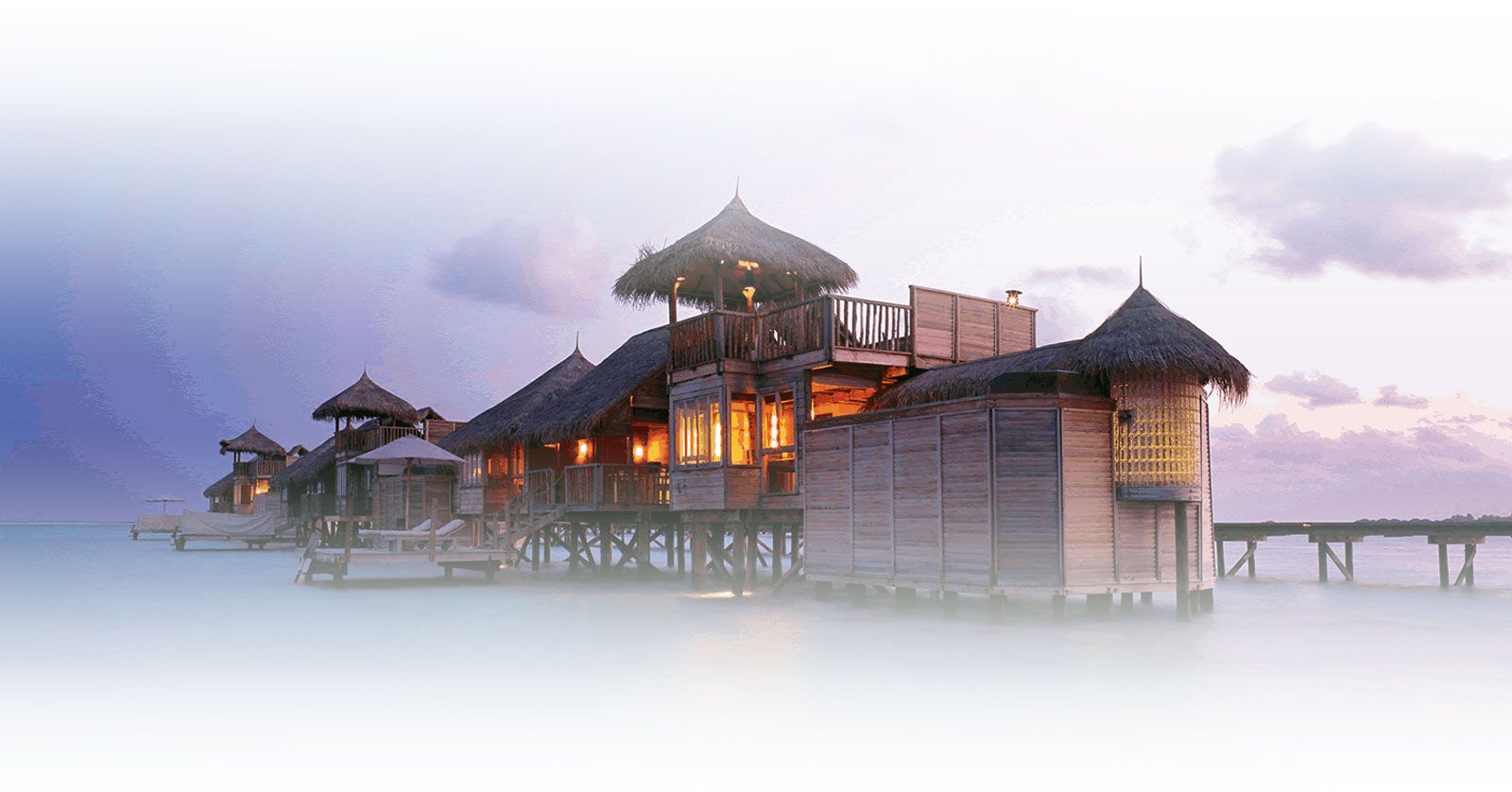 Welcome to Maldives! A collection of twenty six atolls scattered in the Indian Ocean, Maldives is the smallest Asian country, by both population and land area. Famous for its pristine beaches, white sands and the exotic coral reef with marine life, the island welcomes its visitors with the smiles of its locals to a true paradise.

Friendly nature of Maldivians will make your holiday relaxing and welcoming.There are many schedule flights which travel to Maldives from different parts of the globe, which traveling to Maldives makes it’s much easier.You don’t need a pre-arranged visa to travel to the Maldives. On arrival friendly staff at the Male’ International Airport will issues a 30 day visa for you.

It has the best beaches and dive spots. These are just few reasons why you should choose Maldives for your next holiday.When you book your holiday with Jetwing travels we will make sure that everything goes smoothly as per your requirement, providing best of Jetwing Services to keep you comfort.If your sole purpose is having an unforgettable surfing adventure our captain will take you there through that nice wave.If you are on a fishing trip then we will make sure that you will get a big catch for that photo moment.You can choose your resorts hotel among the world’s finest but you can still be in the Maldives. 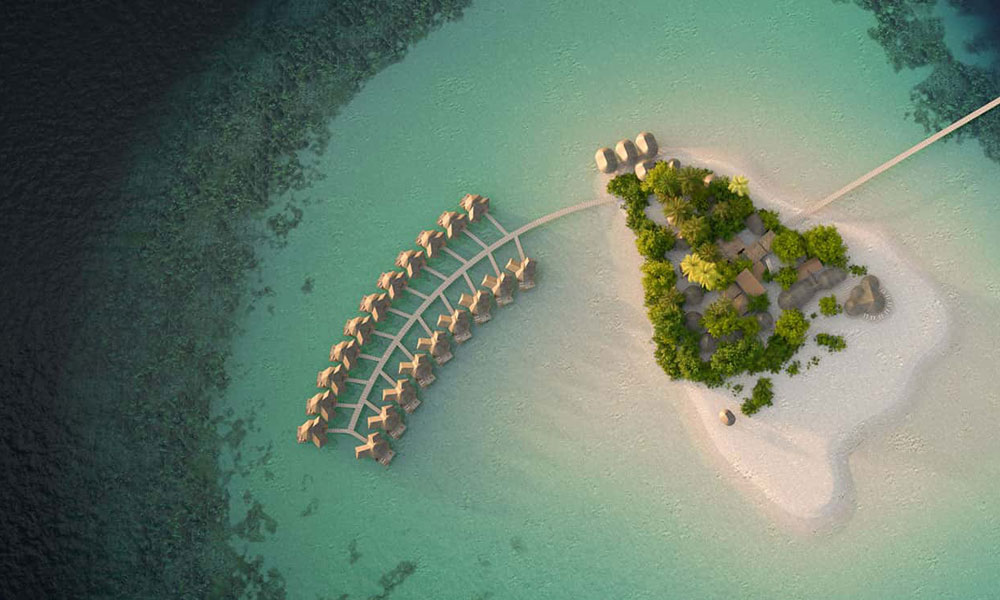 Maldives, officially the Republic of Maldives is situated in the Indian Ocean, consisting of 1,190 coral islands formed around 26 natural ring-like atolls, across 90,000 square kilometers. Each ring like atoll has its own coral reef with several islands taking its place among the atoll, allowing each to have its own unique area of reef. These coral reefs are the perfect home for much underwater marine life.

Out of the Maldives islands, there are about 200 inhabited islands of which 90% is developed for tourism, while others remain as uninhabited or used for other livelihood purposes. 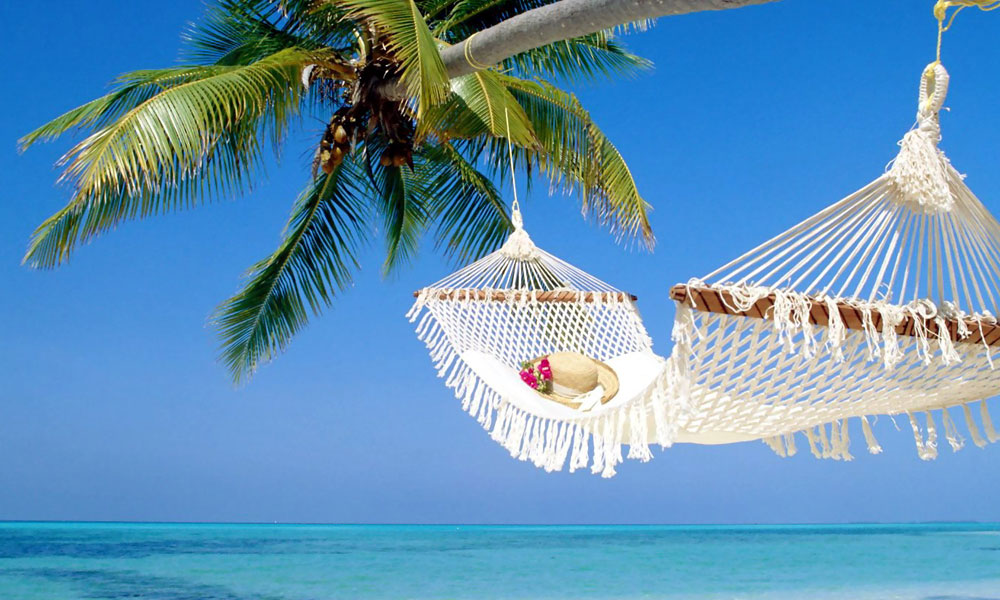 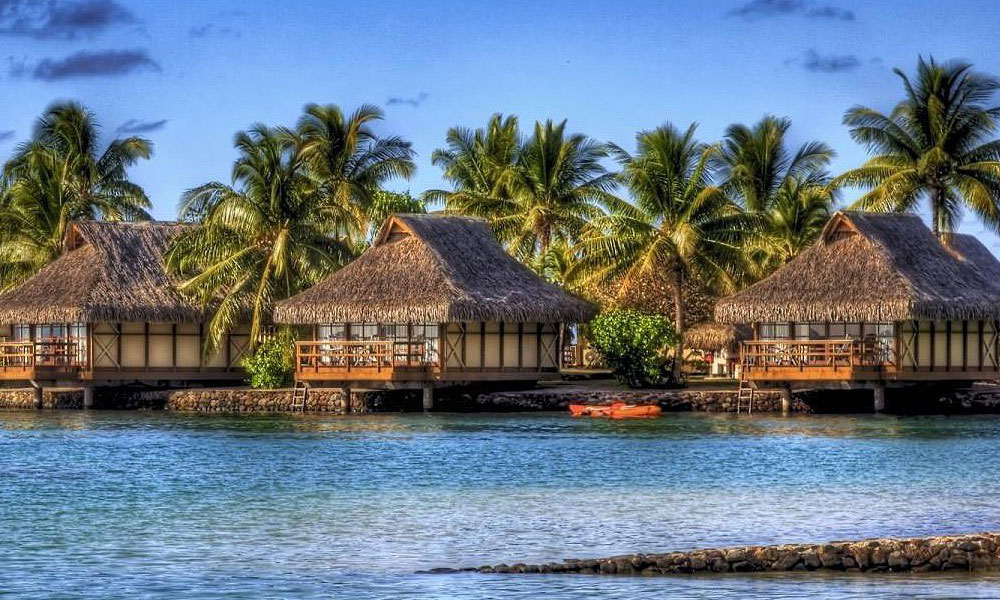 The Maldives, for the majority of its history remained as a free nation, despite the much dominance from the Portuguese, The Dutch and the English. The country finally gained its independence from the British in 1965 and became a republic, ruled by a president and a government in 1968.

While this is the brief history of the country, most locals know also its history by the mythical and legendary stories related from generation to generation on how brave men fought the sea monsters and saved their country.

Maldivian culture is heavily influenced by the two countries closest to it, the Sri Lanka and southern India. The official language Dhiveli displays the cultural influence, having similarities of Elu and ancient Sinhalese. Today, most Maldivian schools teach English as a second language as it is widely getting used in commerce.

Maldivian history has a long period of Buddhism which later converted to Islam, with the introduction of this by the Muslim traders. Today, one can see the influence of the Arabians with the architecture of the buildings and monuments. Tour the local cemeteries and feast your eyes on profusely carved tombstones that adorn the graves, shop for souvenirs carved and shaped with skill. Buy tortoise shell ornaments, red mats, lacquer ware, pillboxes and flower vases as you tour the bustling local bazaars. Boat building is of course an important part of local culture of Maldives. See craftsmen at work as they create sturdy dhonis or fishing boats on your tours to tropical Maldives with Tourism in Maldives.

Enjoy local music and folk performances as you experience the vibrant culture of glorious Maldives. Tour the local mosques and be charmed at the calligraphy on their walls and be a part of the close-knit community where every family knows each other on the island. 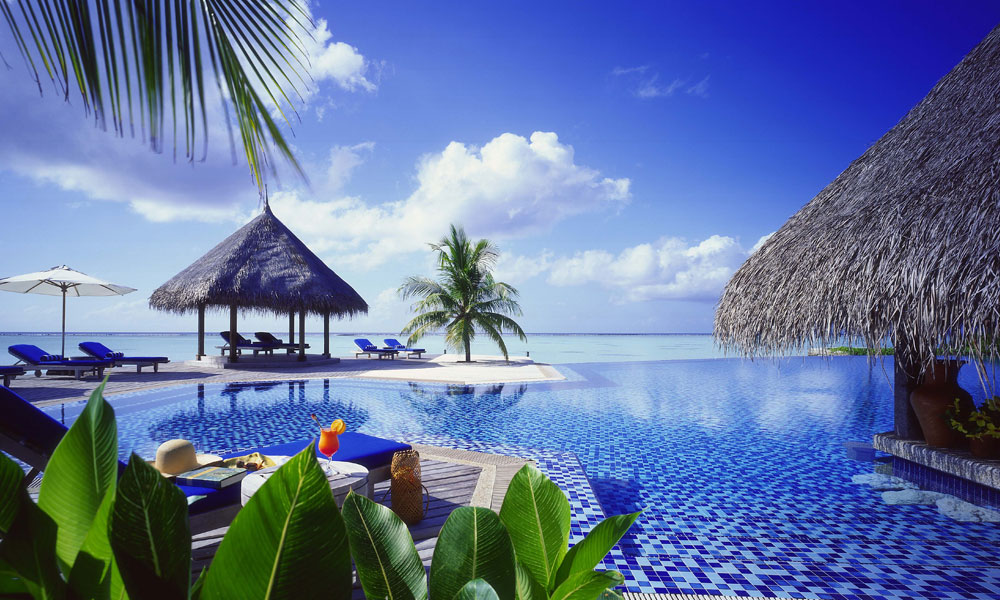 The coral reefs surrounding Maldives plays a huge role in the Maldives environment. This was displayed by the President and the Cabinet when they went underwater to sign a declaration for global climate change.

It is these surrounding coral reefs that protect the islands from wind and waves, thus sustaining the livelihoods of the people. Therefore, several measure are taken by the government to ensure protecting of these corals, introducing fishing areas and particular diving areas etc. to ensure that all locals and well as visitors pay careful consideration while they use and enjoy these beautiful surrounds. 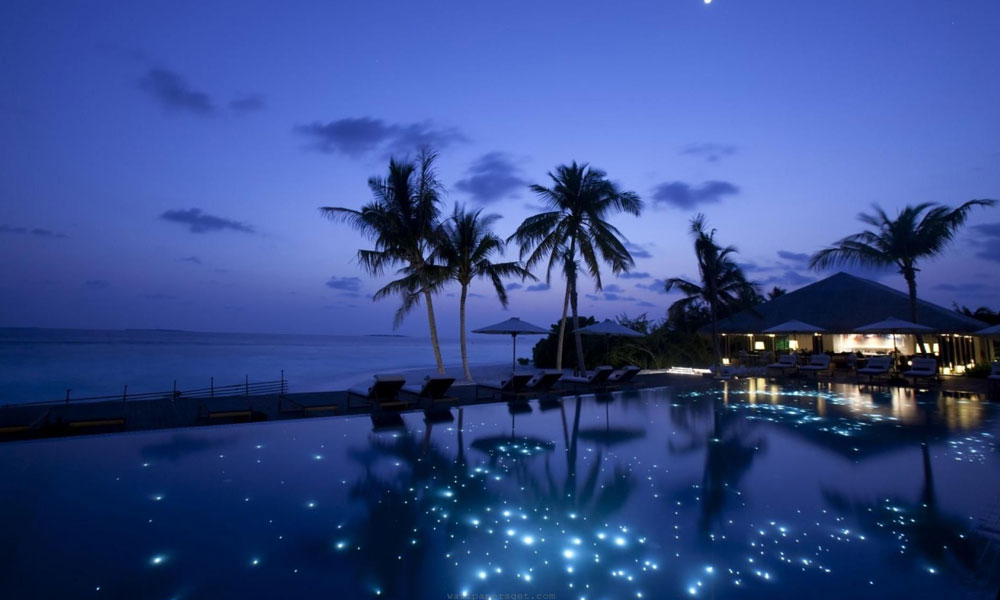 Maldives weather is generally warm and humid. Sun shines all year through. Average temperature around 25 – 32 degrees Celsius. You will get an excellent amount of sun light throughout the year.

Ideal clothing is lightweight cottons and linens throughout the year. Light waterproofs are advised during the rainy season. 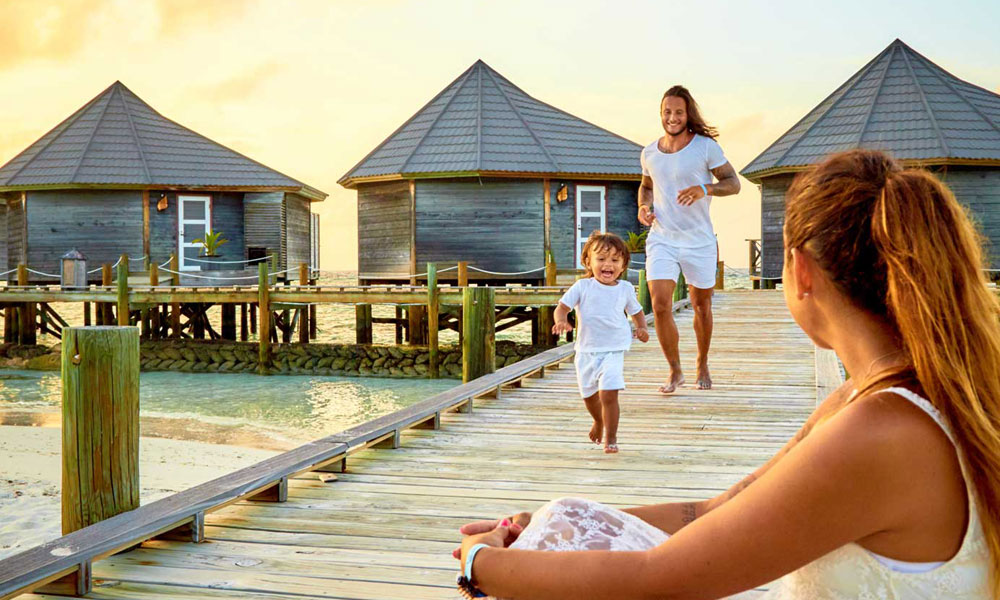 No prior visas are required, a tourist visa of 30 days will be granted to all visitors with valid travel documents provided the embarkation/disembarkation cards are filled properly.

As Maldives is a Muslim country, dogs, pigs/pork products, and pornography are forbidden. Alcohol cannot be imported without an official license, if imported without a license it should be declared at the customs and will be returned to you on departure. Wide ranges of alcoholic drinks are available in the resorts. Narcotic Drugs are strictly prohibited; the penalty for importing drug for any purpose is life imprisonment.